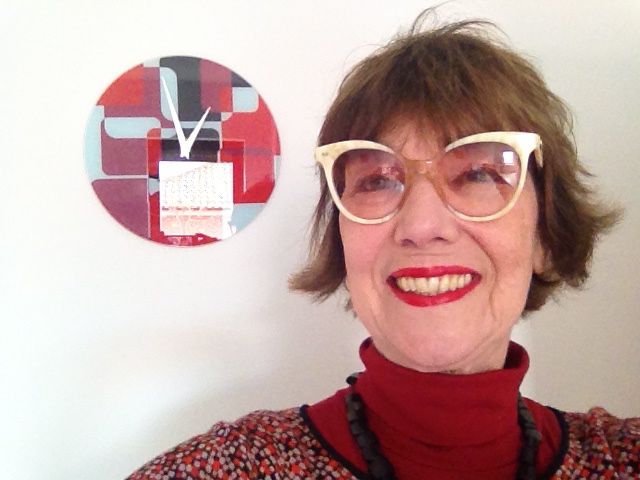 Born in Zagreb, lives and works in Rijeka, Zagreb and Berlin.

1973 – 1977 studied film editing at the Academy for Theatre, Film and Television in Zagreb (today Academy of Dramatic Art-ADU). 1985-1988 post graduate studies, film, video and interactive media at Harvard University and at Massachusetts Institute of Technology, The Media Lab (Ed.M).

1978 – 1993 teaching film editing at the Academy of Dramatic Art (ADU), Zagreb. Since 1983 lecturer in USA, Great Britain, Netherlands, Austria and Germany. 1997 – 2002 visiting professor at the University of Film and Television (HFF) Potsdam-Babelsberg . Since 1997 teaching video production at the University of Applied Technology and Business (FHTW) in Berlin and from 2013 to 2019 New Media at the Academy of Applied Arts (APURI). Since than she is retired, but continuing her work as a leader of the Center for Innovative Media APURI.

As independent artist and curator works on film, video and interactive multimedia projects, video art and video installations. Some projects were shown in the New National Gallery in Berlin, Museum of Contemporary Art (MSU) in Zagreb, Museum of Modern and Contemporary Art (MMSU) in Rijeka, as well as private and national galleries around the world. 1996 – 2002 collaboration with the Studio for Electro Acoustic Music at the Academy of Arts in Berlin. Active participation on many international exhibitions, symposia and festivals.

From 1993 – 2014 curator and art director of Media-Scape, International Symposium and Exhibition for Media Art in Zagreb, Novigrad and Rijeka  and since 2019 Glowing Globe in Rijeka. As professor she was organising exhibitions of student media art works in Berlin, Karlsruhe, Zagreb and Rijeka.

2017 founded Center for Innovative Media CIM, in a frame of the University of Rijeka, Academy of Applied Arts (APURI), and since then is project leader.

Awarded for the life achievement by the University Rijeka Foundation for 2019. (NOVI LIST)

Acknowledgement for the achievements in 2021 that contributed to the promotion, progress and reputation of the University of Rijeka.