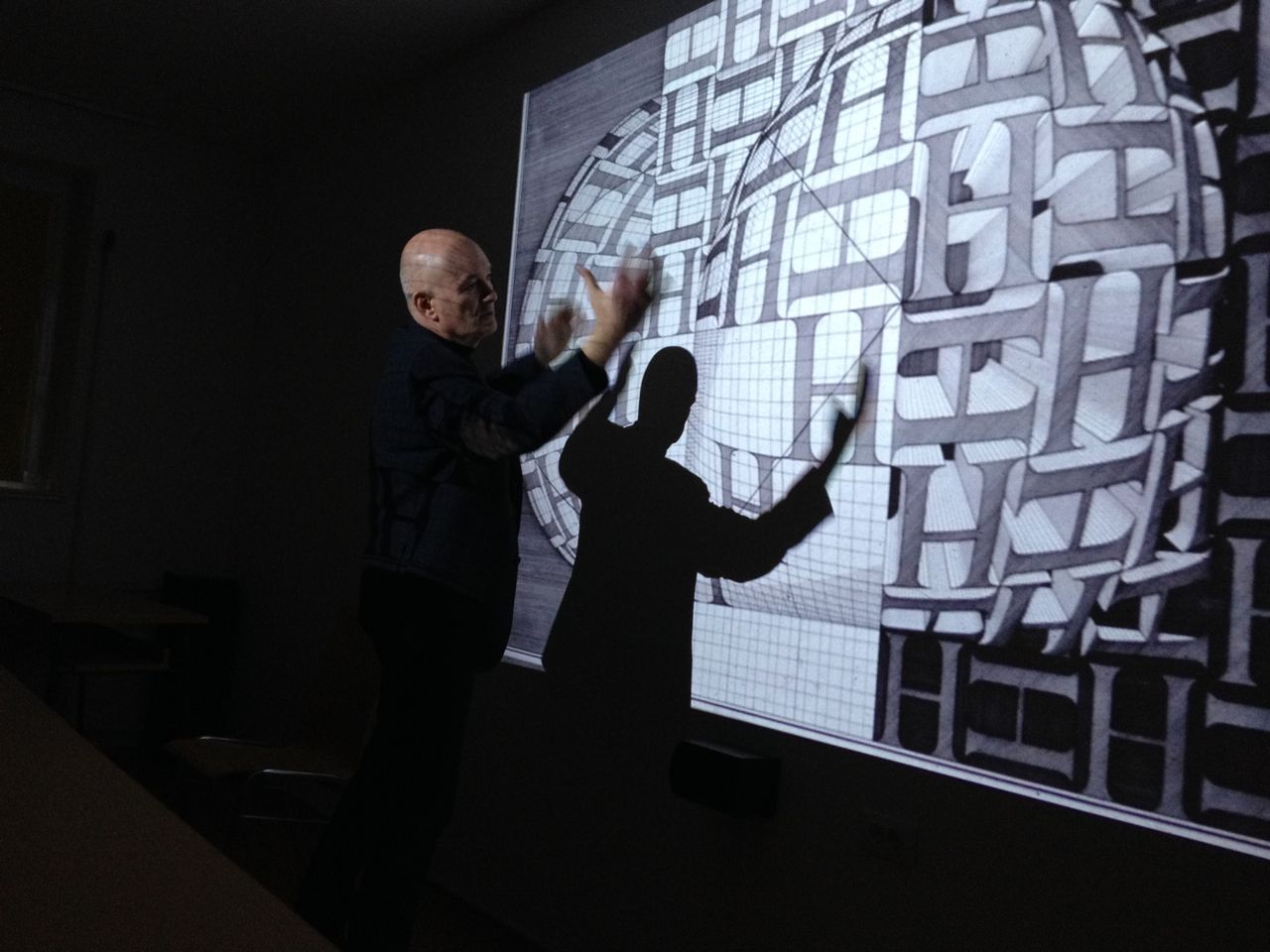 Leon Belušič was born on 14 August 1959 in Postojna, graduating in 1983 from the Faculty of Architecture, Civil Engineering and Geodesy in Ljubljana.

During his studies, he was a demonstrator in the subject “freehand drawing and color studies”. At the same time, he was employed as a part-time associate at the Investment Institute for the Construction of Revolution Square in the design group of Prof. Bonče (project of the Technical Center of Ljubljanska banka in Ljubljana).

After successfully passing the entrance exam, he studied at the Ljubljana Academy of Fine Arts in 1982-1985 with professors: Štefan Planinec, Bogdan Borčič, Marjan Tršar, Zvest Apolloni, Gustav Gnamuš, Bogoslav Kalaš and Dr. Jožef Muhovič. The focus of the study was on study drawing and artistic graphic techniques that distinguish ALU. In the academic year 2015-16, the Academy of Fine Arts approved him to continue his studies.

In 1986, he acquired the status of an independent artist in culture for an elaborate presentation of realized projects, created and awarded competitions and an exhibition at the Piran Days of Architecture.
Since the academic year 2003/07, he has worked as a technical assistant at the Faculty of Architecture in the subject Freehand Drawing. Since 2007, he has been employed as an assistant in the same subject. Since 2011, as an assistant professor, he has been independently leading the courses Freehand Drawing, Course Design and a focused seminar – design 4 and 5.

In 2007/08 and 2008/10 he participated as a guest lecturer at the College of Design in Ljubljana, within the subject Drawing and Painting.

Between 1985 and 2000 he worked in major design offices in Sežana (Projektini biro Kraški zidar Sežana) in the group of architects Garzarolli, in Koper (Studio Galeb) and Ljubljana (Investment Institute for the construction of Trg revolucije and Mercator Invest), where he participated independently or collectively in complex designs and projects.

Since 2001, he has been working in his own architectural studio and collaborating with colleagues and artists. In his works, different fields of creativity are intertwined, from architecture, urbanism and design. His work expresses talent and dedication to the architect’s drawing at the level of the creative process and critical examination of drawing in all sequences of the project.

For various clients, he has created concepts and organizations for exhibitions, graphic design from magazine breaks, books, posters and corporate graphics.
Now in his own studio he works in the field of architectural design, mainly on the renovation of public and residential buildings in terms of transformation and transformation of existing structures and the perception and breakdown of new spatial composition within buildings.
In the period from 1990-2008 he participated in the studio of painter and graphic artist Leon Zakrajšek. In 2004 he was elected Slovenian representative at the World Exhibition of Graphic Prints in Cremona, Italy, and in 2007 in Sofia, Bulgaria.

In 2010, the University of Ljubljana awarded him the recognition of works of art.