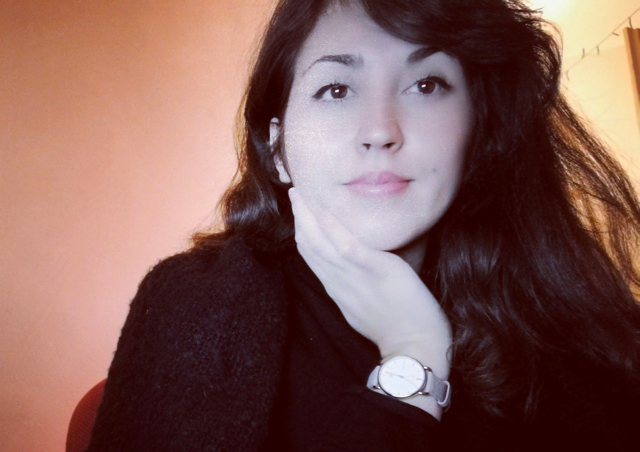 Nikolina Hrga is born in Rijeka (Croatia) in 1989. She received her MA in Southeastern European Cultural Studies at the Faculty of Humanities and Social Sciences in Rijeka in 2014, as well as her MA in Media arts and Practices at the Academy of Applied Arts in Rijeka in 2015. In 2014 she was nominated for dean’s award. She directed and produced her graduation short fiction film „I rest my case“ with support from Student Cultural Centre, the City of Rijeka – Department of Culture and Croatian Audiovisual Centre. She attended several film (mainly screenwriting) workshops: Palunko, Zagreb DOX Pro, Liburnija film atelier, DHF – pitching forum, FRED film radio journalism, etc. She received funding support from Croatian Audiovisual Centre for script development of her first feauture documentary and she is currently developing it with the production company Fade In, also with support of Croatian Audiovisual Centre. She was selected to take part in ESoDOC 2016 (European Social Documentary workshop) with this project. She worked and volontereed in organization of several film festivals and film education programs (Kastav Cultural Summer, Pixel Film, TV and New Media school, KRAF film festival, CIK film festival, etc.). In September 2015 she was a member of the judging panel (Croatian representative) for the youth selection at the 72nd Mostra in Venice, and in October she served as a member of the judging panel for the documentary selection at the Student International Film Festival in Rijeka. In October 2015 she received funding support from Croatian Ministry of Culture for journalistic investigation about plagiarism in Croatian educational system. She collaborates with several non-profit organizations that are working in the field of human rights and media education of children and youth.