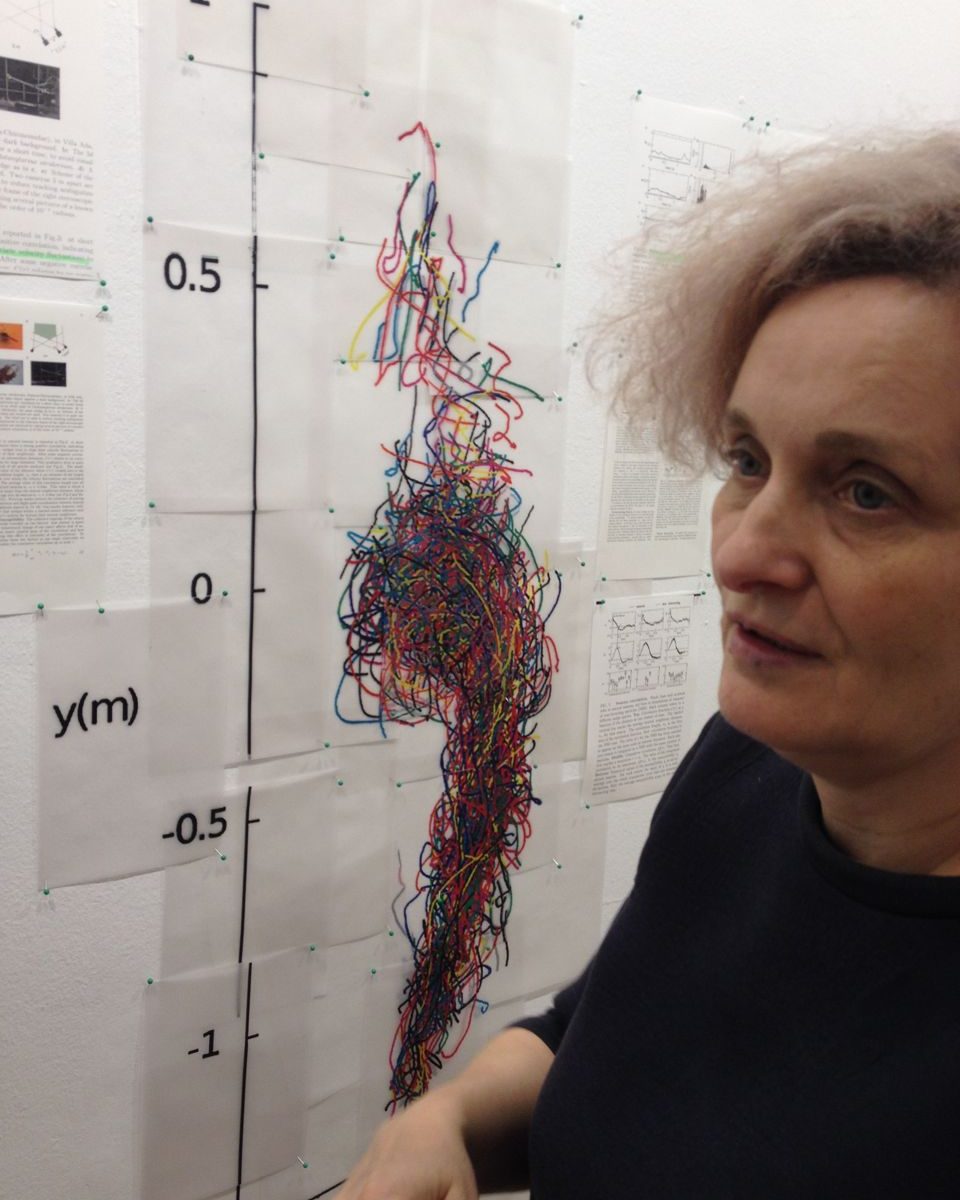 Prof. Ursula Damm began as a sculptor, but her work has increasingly incorporated the media-based deployment of living environments and interactive spaces. Aspects of the social interaction of human and animal communities and their habitats form collective structures, whose planning she treats as a cultural and philosophical task, calling on computer science, as well as biocybernetic paradigms, to artistically test the potency of organisational forms. This produces systems and formations in which animals, organisms and human beings encounter each other anew and develop unknown meanings for each other within a technological context.

Since 1985, Ursula Damm has pursued a varied and exciting exhibition career. This has included individual exhibits in the Goethe House New York (1992) and on the well wall of the NRW K20 art collection (2005). She has participated in numerous festivals and international exhibitions, such as Ars electronica 1999, Cyberarts 2006, Sensing Place (HEK Basel, 2012), Translife Triennale 2011 (NAMOC Beijing) and SOFT CONTROL: Art, Science and the Technological Unconscious (Maribor, Slovenia).

Ursula has been awarded grants and fellowships by the Cité des Arts Paris and by institutions in  Marseille, Milan, New York, Helsinki and Rotterdam. In 2014 she was guest artist at the Visual Arts Department of the UCSD San Diego.
Her works are to be found in the permanent exhibitions of the Ludwig Museum in Koblenz, the Federal State of  Rhineland-Palatinate and the HEK in Basle, Switzerland.

As part of the PhyChip Project, the Chair receives financial support from the FP7 of  the  European Commission.