University Rijeka, Center for Innovative Media Academy of Applied Arts and Department of Mathematics are participating the project “Both Ways”  Trieste, Italy . The exhibition is possible to see also virtually: Both Ways Exhibition -Trieste

Both Ways is a contemporary art exhibition that contributes, within the Science in the City Festival,  to the edition of the EuroScience Open Forum (ESOF) in Trieste 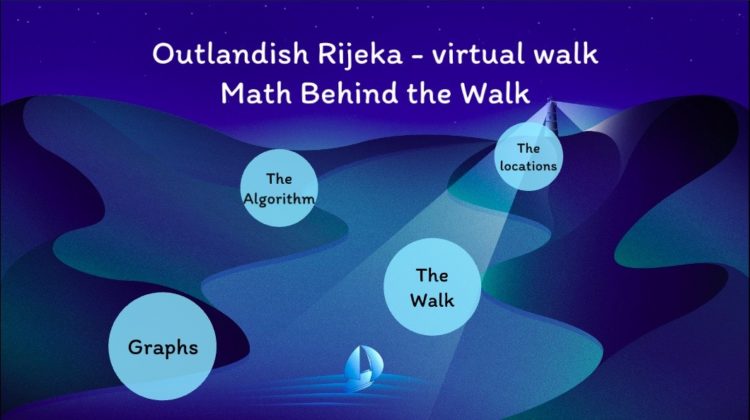 Eight photos larger dimensions with QR Code to watch as AR on smartphones and two 360 ° videos would be programmed to be presented as interactive VR application. The viewer can scroll around the most specific sites of Rijeka, such as University Campus, Trsat castle, Astronomy Center, Corso, Molo Longo and old factory Hartera. See on YouTube

The Department of Mathematics, University of Rijeka, has designed and executed numerous projects aimed at presenting mathematics, mathematical concepts and methods in innovative ways and using different media. In this project, it will be demonstrated, contrary to popular belief, that mathematics and arts are not mutually exclusive but complementary. As a consequence of the successful collaboration of artists and mathematicians, a virtual walk through the city of Rijeka was created.  With the use of VR headset, interested visitors can let the mathematical algorithm guide them through the city or walk by themselves. By evaluating locations, each visitor influences the algorithm and the walk that will be offered to the next visitor. Math Behind a Walk

The production and application of virtual and augmented reality has been in the research focus of the Center for Innovative Media, Academy of Applied Arts, University of Rijeka for last years. We approach innovative artistic practices in research projects from an artistic and media production point of view, therefore the results of the work are mostly experimental works of art. Sites of Rijeka is primarily conceived as a virtual reality project into which visitors will be able to immerse themselves with VR headset. Exhibitions in Rijeka and in Trieste will be accompanied with o photographs including printed-out QR code showing video sequences from the 360 ° videos. Youtube

For Both Ways we are bringing this two positions, scientific and artistic to present results of en inspiring and futile collaboration between scientists, artists as well as professors and students in one experimental ambient.