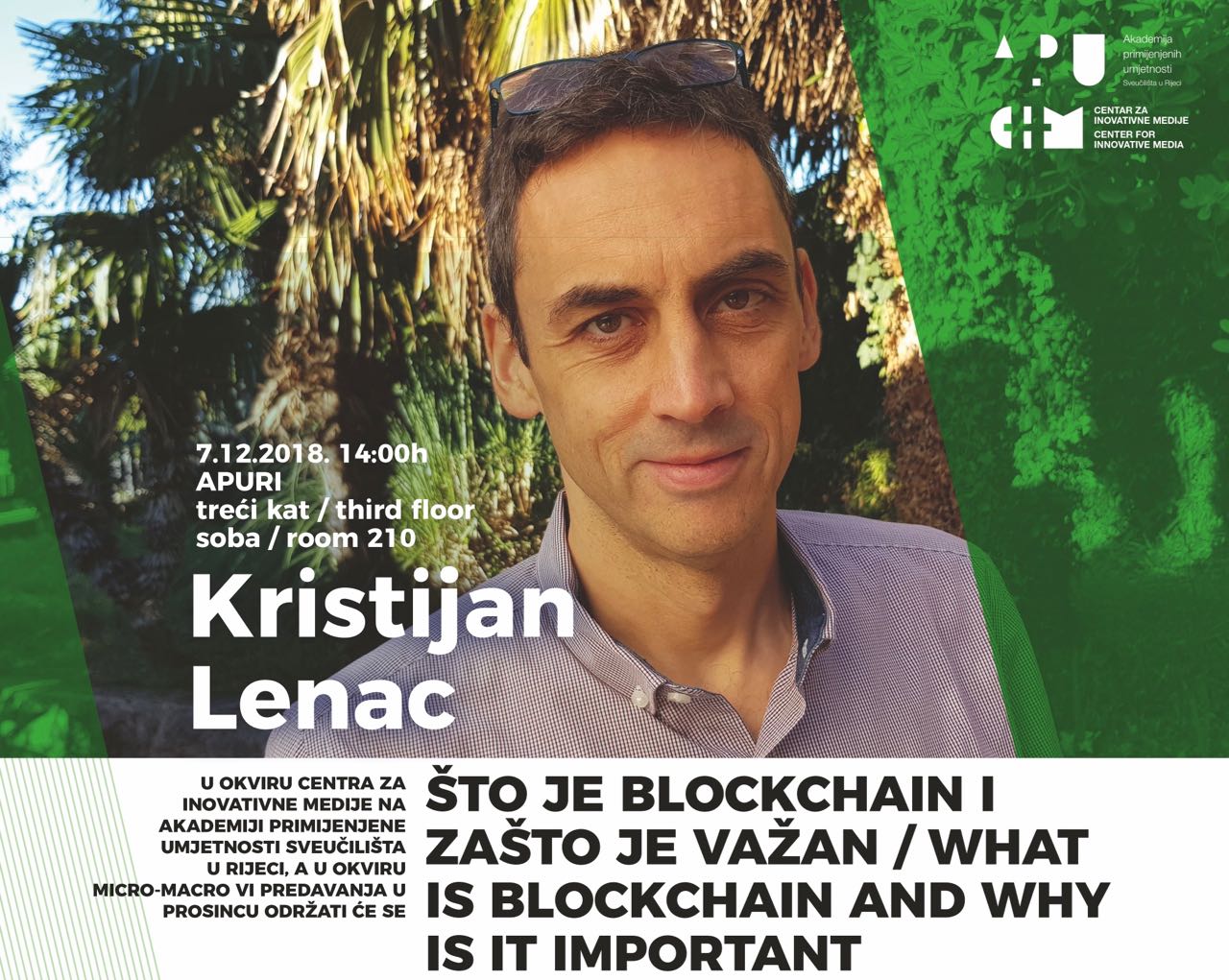 The lecture will be based on the technical approach to the technology and possible examples with the aim to give the basis knowledge about blockchain. After answering questions: What is blockchain? How it works? What enables its function? Where it is applied, and Where it should be applied? , it would be analysed how far and in which way blockchain can influence our society.